Was I ever delighted to see in my email this afternoon that the Osprey Farpoint 55 had arrived two days earlier than estimated! After work I headed directly to the post office to pick up the package and bring it home for the unboxing. Kuro seems quite interested in it as well! 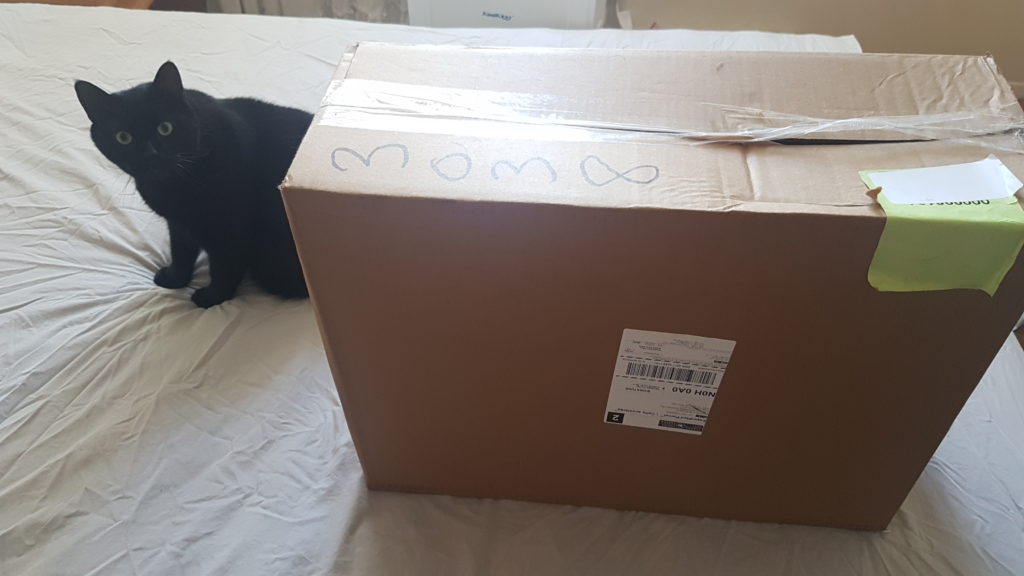 It felt very light as I slid it out of the box, which boded well for any budget airlines I may have to take in Southeast Asia during my trip. I’ve read quite a few of them weigh carry-ons and ever gram counts! While the plastic bag around it was torn slightly, there was no actual damage to the backpack itself which had me worried for a moment. 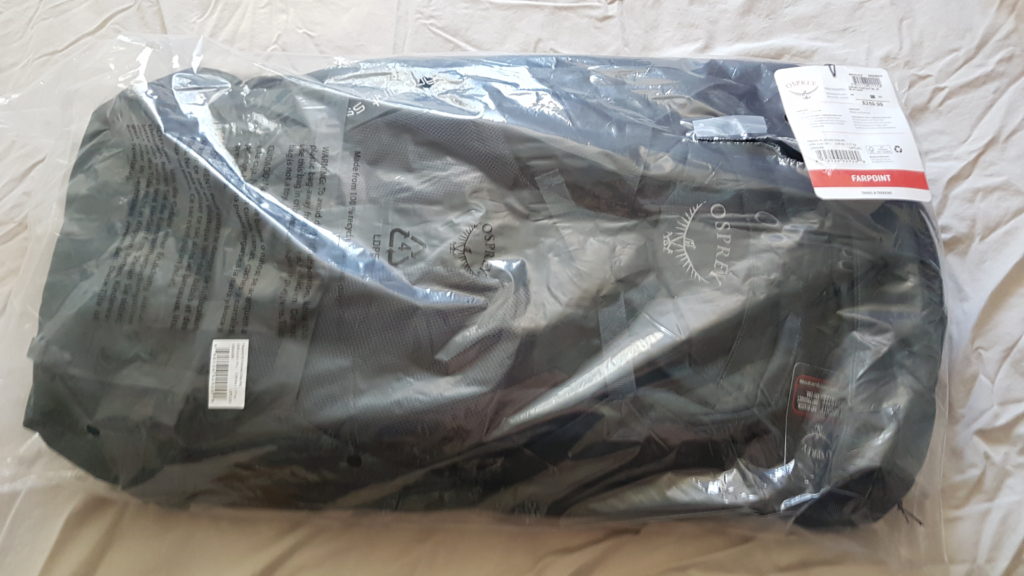 Pulling it out, I stood it up to see what would probably be my companion for 13 months around the world. 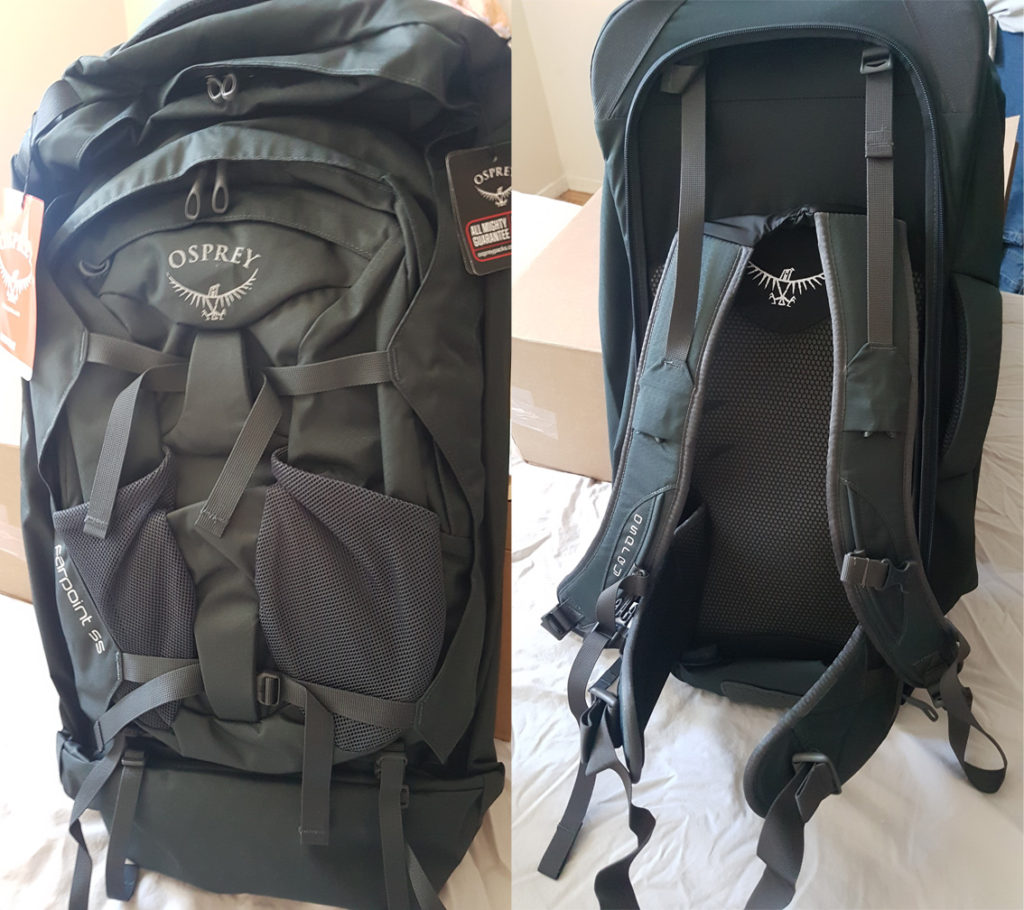 In that first photo on the left, you can see the day pack attached to the front of the backpack. Time to check out how it looks separated! 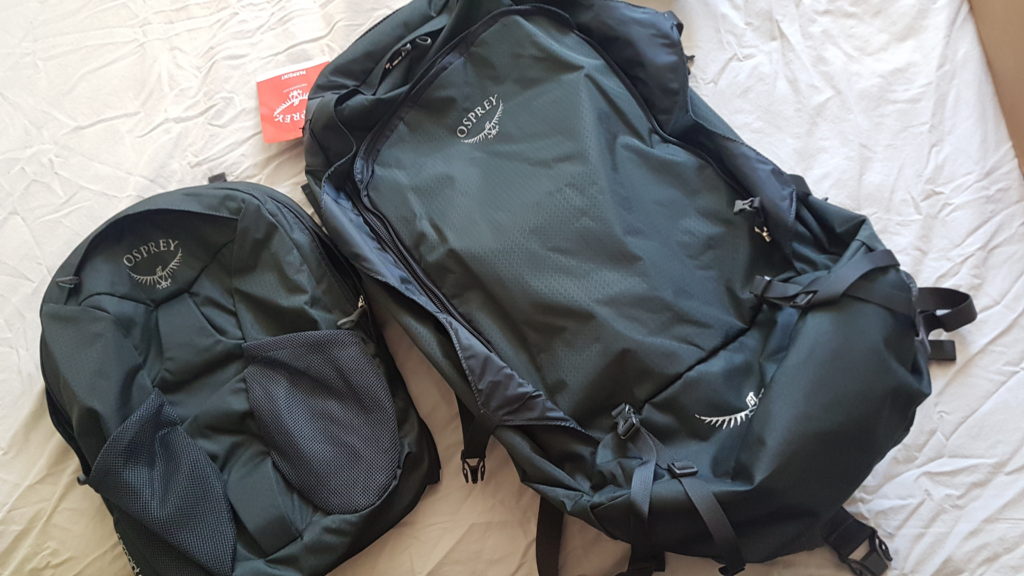 I was quite impressed with how secure it was when attached!

Enough of the outsides though – time to pop these open to see how they look inside. First is the main pack (at 40L) and it’s definitely spacious! It doesn’t have many frills but that’s ok as I’m going to mainly use it as my clothing pack. I’ll look at possibly also using packing cubes for organization. It does have some internal straps to assist with organization as well as a mesh zippered portion. 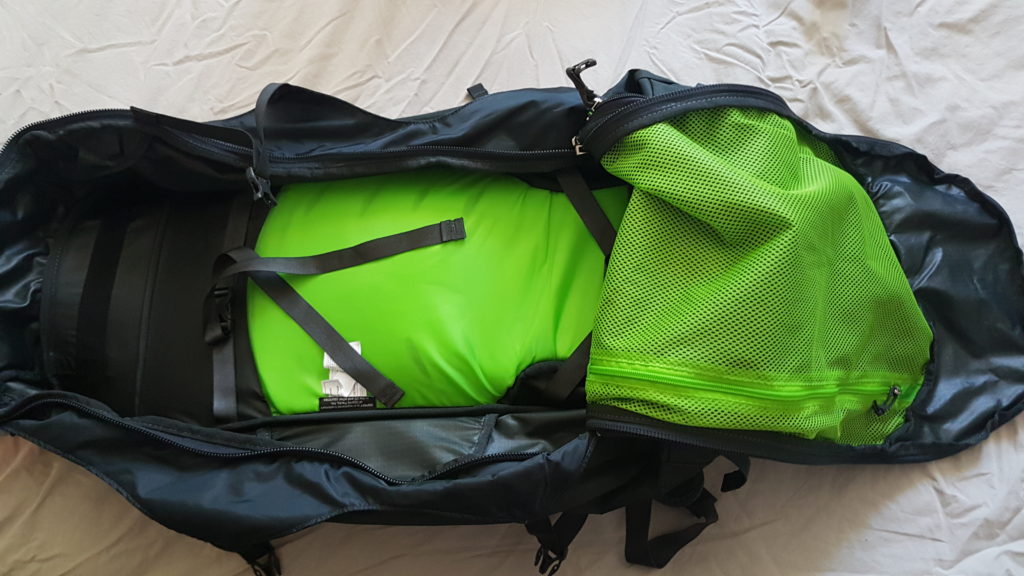 Next I propped open the 15L day pack. 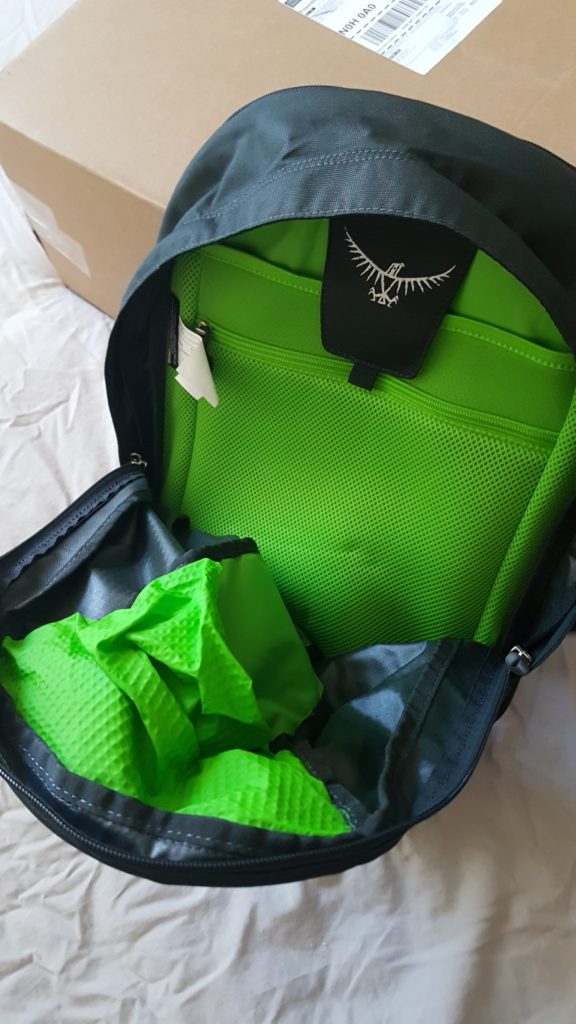 An excellent assortment of compartments which looks to be about the right fit for my electronics.

Bonus items include metal zippers with lock holes and also a zipper cover to keep out rain.

However, it was time for the real test. The main reason why I purchased the Osprey Farpoint 55 was for the fact I would use it for carry-on only travel. Being a person of size, it would definitely be a challenge to follow the path of minimalist travel. However, I wasn’t disappointed at all. I haphazardly stuffed in the type of clothing I would bring on my trip – 7 t-shirts, 7 pairs of underwear, 7 pairs of socks, 1 dress shirt, a couple ties, 1 pair of dress pants, bathing suit, a small towel, dress shoes, walking sandals, and toiletries. It took it all and still had a bit of breathing room! 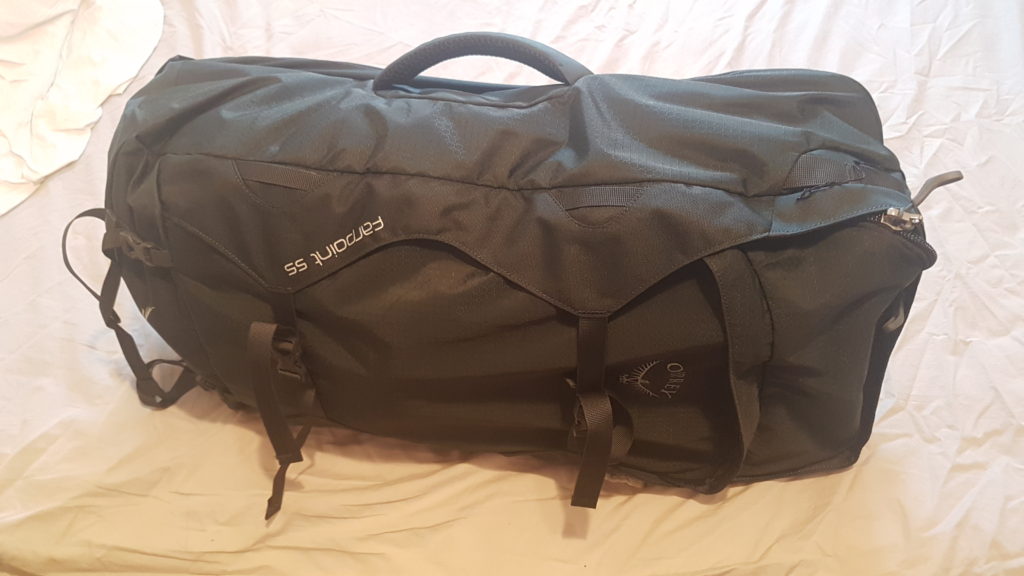 I’m duly impressed and I believe I have found the backpack I’ve been looking for! Also, with all that packed, it came out to 8kg (just under 18lb) which is good for most carriers’ carry-on luggage policies. I imagine I can move a couple items between the main pack and the day pack to make things more balanced but for a quick attempt, I’m happy with what I’ve accomplished.

However, the cats didn’t seem too impressed in the end with the backpack, but the box was a different story. 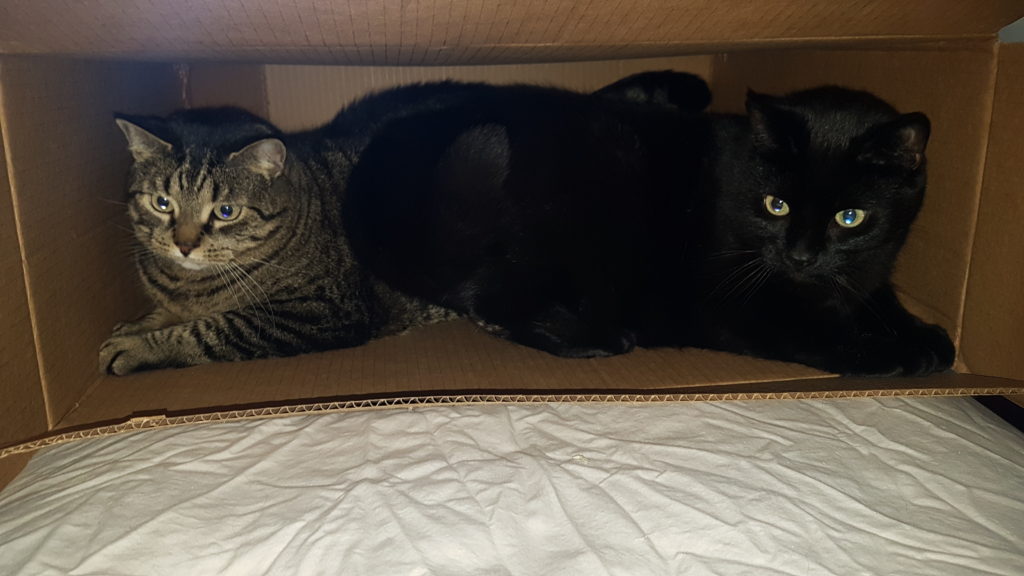